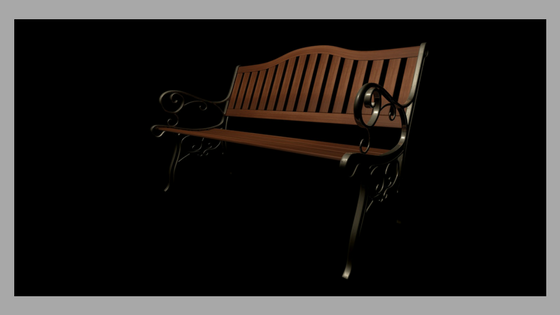 Yes, the picture of the bench accompanying today’s post could suggest the kind of prop that is conducive for a monologue’s solitary musing. But what I actually have in mind are two plays I saw this past week, one of which featured a bench and the other of which featured an ark. What do a bench and an ark have to do with one another? Read on.

A long weekend for me means plays, plays, plays, in addition, of course, to work, work, work so it also means not enough sleep, not enough sleep, not enough sleep. Especially since I also want to devote time to writing one or perhaps even two blog posts reflecting on the plays that I have seen. This long weekend, I am thinking of the monologue-within-a-play since, coincidentally, two of the plays that I saw feature very long monologues, one of which involves a park bench and the other of which involves an ark. Seeing two, distinctive monologues-within-a-play in the space of a single week is just too fortuitous in its timing and I woke up this morning with the idea for a blog post fully formed.

On Friday night, I saw the Signature Theater production of Edward Albee’s At Home At The Zoo which consists of two one-acts involving the same character, Peter. The first act, written by Albee many years after he wrote the one-act that follows as the second act, occurs when Peter is at home, sitting in a comfortable arm chair, reading a book and involves his becoming engaged, with reticence, in a conversation with his wife, Kate. The conversation is a kind of exploration of the border between humans and animals/civilization and nature. The second act occurs when Peter is at the park, sitting on a bench, reading a book and involves his becoming engaged, also with reticence, in a conversation with a stranger named Jerry. This conversation, perhaps not surprisingly since it occurs in a play entitled The Zoo, also explores the border between humans and animals/civilization and nature. While I have read and taught Albee’s The Zoo many times, this was the first time I ever saw it performed and, as usual, once I saw it performed, I understood it anew. While I had been aware that large swaths of the one-act were composed of long speeches, it didn’t really hit me until last night, while I was watching the actor Paul Starks masterfully unravel “The Story of Jerry and the Dog,” that much of it really is a kind of solo performance. And here’s where the park bench comes in. While Jerry is telling his prolonged story filled with lots of relevant and not so relevant details, Peter is consigned to sit and stay on a park bench. In telling his story, Jerry, a self-described “permanent transient,” occupies center stage and all of Peter’s attention, as well as all of the audience’s attention, is focused upon him.

Jerry’s monologue is about an effort to make contact, a contact that would most likely horrify most so-called civilized human beings, the ones like Peter that sit on park benches minding their own business, reading books and smoking pipes. Horrify because the dog is unlovable (and who else could imagine such a thing except for Edward Albee) and because Jerry’s definition of contact involves first trying to kill and then, when that fails, trying to love an unlovable dog. This dog that lives with his landlady has a seeping eye and grayish patches covering his black coat of fur and a foaming, growling mouth with bared teeth and a permanent, red, erection, thereby making him, in Jerry’s mind at least, more like Cerberus the guard dog of Hell than like a “doggiekins” (Jerry refers, continually and with great derision, to the dog in this way) deserving of love. But that’s just it. Both Jerry and the unlovable dog, we come to learn, are deserving of love because the so-called civilized beings, the ones like Peter on the bench or the audience members in their seats, are not so very different from the Jerrys or the snarling dogs of the world. I don’t want to give away the surprise at the end of The Zoo, but suffice it to say that Peter ends up acting in quite a surprising manner, forcing him to relinquish both his place on the bench as well as his place on the stage, thereby leaving the stage and the bench to Jerry, and more important, forcing the audience to really think about Jerry, the “permanent transient” and his place in an unloving world. Paul Starks’ performance of Jerry’s monologue made me understand anew just how potent a monologue can be.

Tomorrow I tackle the second play that includes a singular monologue-within-a-play.

View all posts by marylindroth